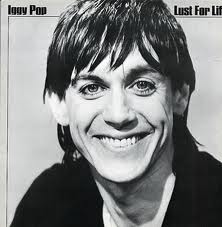 These two don’t always go together. Businesses that grow from a quality product struggle to maintain it once they get big; they pay consultants to help them remember what it was like to be small.

Morrissey said, “Fame, fame, fatal fame…it can play hideous tricks on the brain.” They also named a record “The World Won’t Listen,” because they couldn’t understand why they weren’t enjoying any commercial success.

Two of the times I saw Bob Dylan play, he massacred his most popular songs by playing them at a faster tempo, to the point they were almost unrecognizable. He seemed resentful about requests for popular songs, and chose obscure ones instead, as a kind of “F you” to the audience.

The Stooges have a new album out, more than 40 years since their first. The NPR interviewer called it “vintage Stooges.” Is that the best you can be, to sound like how you used to sound?

Don’t confuse the quality of your art with its popularity. Remember how many people will show up to watch bull fights, fake wrestling, boxing matches, and car accidents.