We lived in a 800 square-foot, two bedroom shack in West Seattle built in 1919. You had to go outside to do the laundry, to get to the basement. That was the one drawback because the basement flooded, you had to duck down to get into it, and it had rats.

Prior owners used newspapers in the basement walls as insulation, and opening a small ball of it, I was transported back to the mid 50s with the car ads and stiff writing style…I even thought about keeping some of it as memorabilia, but stuffed it back into the wall instead.

The neighbors all around us were nuts, which tells you how many brands of nuts there are, that so many fucking people can go nuts in so many different ways.

To the south, there were Eastern Europeans with a small bakery and what seemed a hundred people living there, not one of them taking care of anything outside the house.

The mom got rid of the dad who was Vietnamese and hung out the window smoking, talking all night, smattering his cousin in vitriolic drunken Vietnamese commands like ping-pong serves, back and forth. The mom said he slapped her around and the dad said she was a manipulative bitch, and I think they were both right.

To the north, a hodge-podge of ex-grungers from the Olympic peninsula, real Kurt Cobain country, loggers and musicians, missing teeth and all. Curry was their leader, had a rooster tattoo on his shoulder and a mouthful of chew, went out with Bev, who shaved her eyebrows off then tattooed them back on. She sold life insurance. 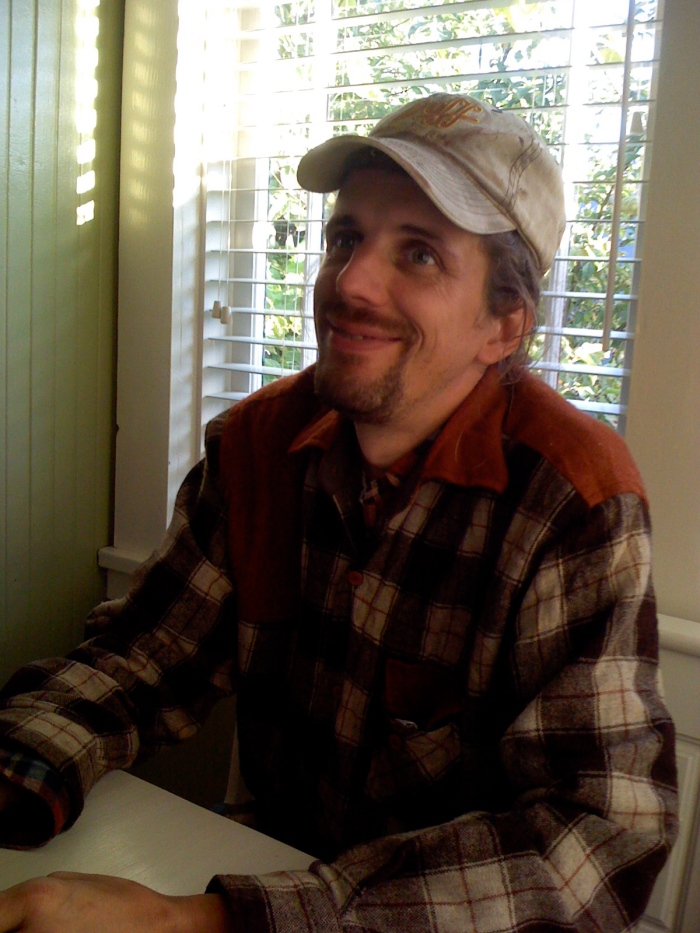 Curry always got a deer when they were in season, and hung it out to dry by their back door, so that a swarm of flies would collect around it and stop you dead in your tracks like a horror movie, to see a carcass just hanging there in the middle of the city. The deer, and every bit of junk antique shit you could imagine crowded around the back door, every bit of space occupied. Anytime Curry had to go looking for something he’d put a fresh chew in and start swearing and shaking his head.

Just up the road was a transitional home for people not well enough to be out in the open, but not so bad they needed to be institutionalized.

Behind us was an alley with a broken down fence and the backdoor to a shady looking Chinese restaurant: I caught a woman squatting against the fence pissing down the side of it during daylight hours, and got to thinking it was time to move out, with two small kids and the medics having to come for the one neighbor guy, who kept passing out on heroin.

The neighborhood was called Seaview, aptly named because it faced the Olympic mountains west, and the Puget Sound. Seaview is a way of marketing the neighborhood; bungalow is a nice word for shack. 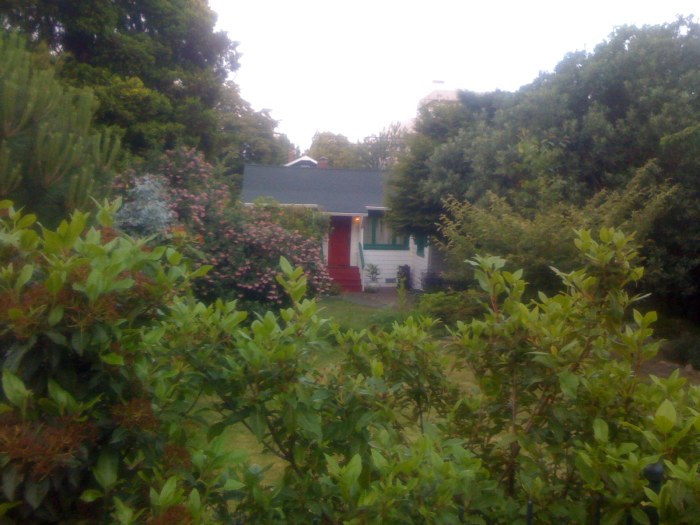 Like Loading...
‹ Saving butterflies in books: making memories fiction
The Desolation of Smaug: Rant on violence in art ›