Home › writing › When she knew 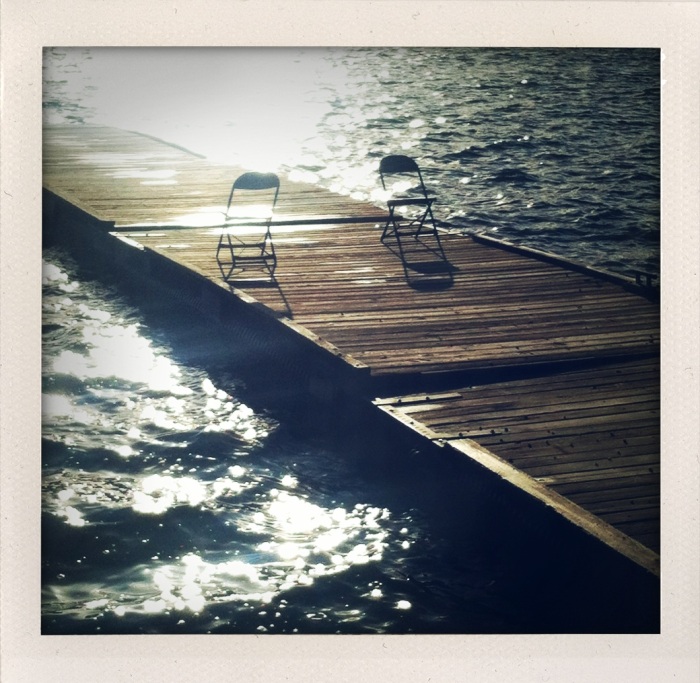 They fell asleep by the light of the Visualizer on the laptop but the sound was tinny and the light from it cold, and neither one of them wanted to go to sleep but they both did without deciding to, and that’s called Passing Out.

He steadied himself over the toilet with his hand on the cabinet, and his reflection split into different angles in the four silver handles on the drawers. His head was at the angle of a security camera in a changing room, watching himself on film in case he did something.

She lay in bed in the dark with her thoughts, redemptive thoughts, similar to his but different too. The biggest problem with her was her boyfriend Wayne, and now there was a reckoning needed, that she’d slept with her boss, who sounded like he was getting sick.

The night came back to him in shards, a messy break, some big pieces but many small ones missing. She, calling for a razor from the shower and he explaining where to find it, she emerging without a towel and that look of hers saying It’s time.

She had this red-dyed hair but it wasn’t the color of it as much as what she was saying with it, like she was ready to pop. Like there was so much of her dying to get out, she just wanted to spray herself all over the place. It came brimming up in her eyes.

It was the margaritas, always the margaritas. He’d never really done cocaine (like a lot at one time), but it was a similar kind of rush and swelling like a wave coming up, that always came down hard later. It led him down dark hallways until he’d forgotten where he was and couldn’t get back.

She just lay on her back looking at the ceiling smiling, like she was about to cry she was so happy. But all he could think about was Wayne, the boyfriend Wayne who was nuts and big, with curly hair and shirt hanging out and much older — late 30s, maybe — artist, wacko eyes, into meditation and thinking he could like shoot lasers with his hands if he focused right.

He got back into bed and she made a space for his arm behind her and leaned in. We’re going to have to talk to Wayne about this, he said. And she said she would, it was hers to deal with.

In the kitchen she fried an egg for him but burned the butter and it had a volcanic look to it now, like a black chemical thing happened, and the egg was fucked they both knew it, but she coaxed it off the pan with a spatula and it hit his plate with a bit hanging off the lip, which he moved with his fork to the middle. It was a bit like leather, the tongue of a boot, but he ate it anyway and smiled and said it was great, and meant it. And that’s when she knew, she said.

They walked down a gravel road and she asked if he knew where they were going and he didn’t, but said he did. And there was something different about Wayne now, like he knew, he was onto them, and his face looked different like she was seeing him for the first time, or looking at him in a new way.

They needed to have a talk she said. He sat on a rock and though it would be beautiful any other day, it looked sinister and awful now, the pond, the birdsong, the flowers of spring. He talked into his hands and sometimes turned sideways at her, but it was like it hurt him just to look at her, it stung. He was crying and ashamed of himself and wiping his nose, saying it’s alright, he just wanted her to be happy and that’s what matters most.

He said he had a painter friend who could always tell if a painting was done or not, and when it was done, he knew: it was time to walk away, leave it.

They would leave the spot off the trail by the pond and that place would always carry this moment between them. She went off to be with another guy because she thought she saw something in him, something only she could help him get out.

Like Loading...
‹ Then I was the remnant of a tale (for Carver)
A slurry of scraps and symbols ›