Home › death › How to set yourself apart

How to set yourself apart 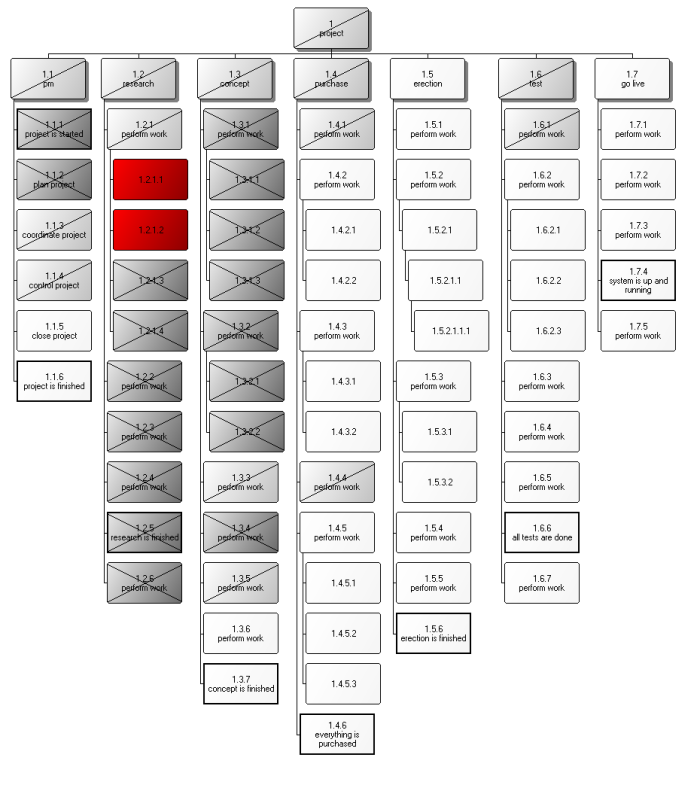 This time six years ago I was cramming for the PMP exam, a professional certification in project management I thought would set me apart as the economy was slipping and my development opportunities at work had come to a dead end. I’d made it through two rounds of lay-offs and planned a four-month sabbatical with hopes I’d return with the certification, and start looking for what’s next.

The exam was hard, and that was part of its appeal, to do something hard. It had 200 multiple choice questions, many of them with more than one right answer. You had to pick the best right answer, which owed to a level of subjectivity as seen through the minds of the Project Management Institute (PMI).

I bought books, test simulation software, and attended 32 hours of classroom instruction led by an ex-military guy who gave out small, plastic leprechauns as good luck tokens at the end of the course.

Prior to the exam I drove to the testing center to ensure I knew the route and how long it would take. I continued my daily habit of flash cards and review of the elaborate mnemonics I’d devised for myself, some 21 different topics with corresponding sub-topics that fanned out beneath each parent topic like a network diagram or more accurately, a work breakdown structure.

I passed the exam, and three years later I’d earned the 60 professional development units (PDUs) required to renew the certification for another three-year cycle.

But my stature had slipped at work: I’d switched departments and entered into more complex subject matter, an ERP systems implementation for Store Development teams in China, and I’d managed to marginalize myself to where I wasn’t invited to the Agile Scrum bootcamp training because I didn’t make it to the list of must-have attendees. I had to make a plea to join the rest of the project team, and I was the project manager.

It is now that time to renew my certification, on the anniversary of passing the exam in 2009. Coming off a rough exit with projects I led or didn’t lead as I should have in my last job, I really had to think about whether or not I’d devote the time to maintain the certification. Thanks to the Agile Scrum bootcamp and project work over the past three years, I only needed 22 hours of credit.

And as I am going through a career outplacement service, I have access to online course materials in multiple languages and disciplines that qualify for PDU credits. You spend one hour with an automated, prerecorded course, take some tests, and that gets you one credit — one hour, one credit.

But something about putting in the effort to hold onto something that felt newly vile to me was hard, in some ways harder than taking the exam six years ago. Taking the exam had the energy of forward-motion and boundless promise. Renewing the certification carries the feeling of falsehood.

Today, I attended a LinkedIn Optimization course, led by a real person in a classroom with other job-seekers. She revealed the mechanics of LinkedIn, who it’s really for, and who we really are on LinkedIn: products. We, the members, are the product — we’re what’s being sold to the consumers, the recruiters and head-hunters.

And like most things on the Internet it is about traffic, search results, hits, how you rank with the competition. They want you on LinkedIn a lot and reward you by upping your rank on keyword searches.

I dressed the way I imagined slackers dressed one time during the dot-com spike in the late 90s, upbeat but casual. The facilitator said I looked like a tech guy with my Mac, my snazzy socks, and I just wondered what I was doing there, setting myself apart.

I found the lucky leprechaun mixed in with a box of random doll parts in our garage — arms, mismatched shoes, puzzle pieces, parts of board games that get separated and never make it back. At the end of the day, they are just things.