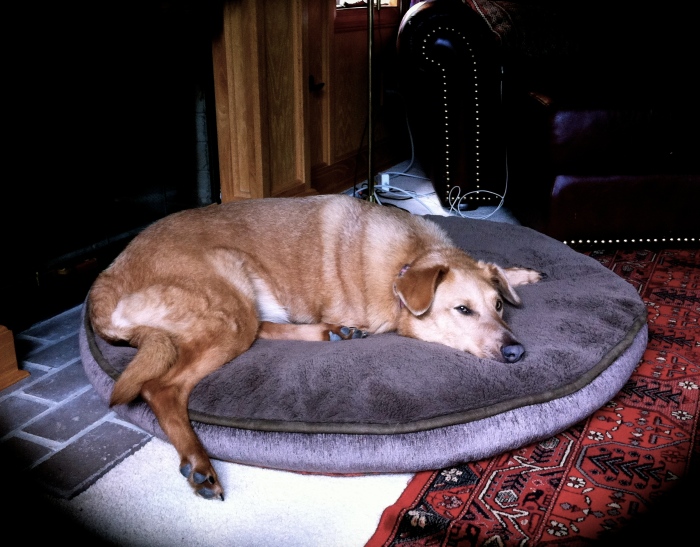 All the houses in the new developments are the color of graham crackers with about as much variety as you’d find in the grocery store, the only difference is in the finishes.

The CD player on the Honda Pilot keeps spitting out discs and it feels like I’m pilling a cat, sticking it in to make it swallow. But I got our cat and dog home safely from Germany, via the Hanjin global logistics company and Eberhard, who coordinated and paid for everything — after having to leave them in the Frankfurt airport late April, Ginger deemed unfit to fly, too much Tranquilene.

And just as we got back, Ginger rubbed her back on the grass in the front lawn, then again on the carpet in the den, as if to soak up the scents of home — and the cat went off to preen herself in a private spot, and I’d hoped Ginger would do a better job of cleaning her off than I did because she’d shat herself on the plane and I don’t blame her, with all those union workers standing around smoking and spitting, waiting on bureaucrats, inspectors with stamps and forms, department-of-this, department-of-that…none of it in our best interest…and it reminded me of buying our car in Germany and getting it registered, how easy and quick it was: after waiting 15 minutes and filling out some paperwork, we’d paid for it, picked out what we wanted on our license plate, and just walked 50 meters across the way to a trailer where they made the plates right there while you wait, and I thought it must be easier for Germany to be so efficient like that because they’re a smaller country, but what a difference it would make for ours.

As the cat and dog lay side by side in the den the clock tolled half past five and I wondered if the sound was familiar to them; Ginger seemed to smile, and the tip of Roxy’s tail tapped the floor the way a contented foot might — she smelled less and less as the night wore on (or maybe I just got used to it), stood for a while on my lap as if making a show of it, whether she’d sit down for a bit, and I could feel her feet were cocked, ready to spring if the mood wasn’t right — but she circled three times to check the perimeter in that primitive, pack way and then sat down, settled.

I must be projecting on them but the way they look at me feels so heavy and wise, burdened by the distance they’ve come: all of us, especially them, look older now, slower.

In a similar way as our kids, they’ve grown closer because they became each other’s continuity — which is all we are to one another, to anyone we care about and many, we don’t — we’re someone else’s past whether we want to be or not through all we’ve seen and done together, it gets mixed as do our lives, by what we remember. 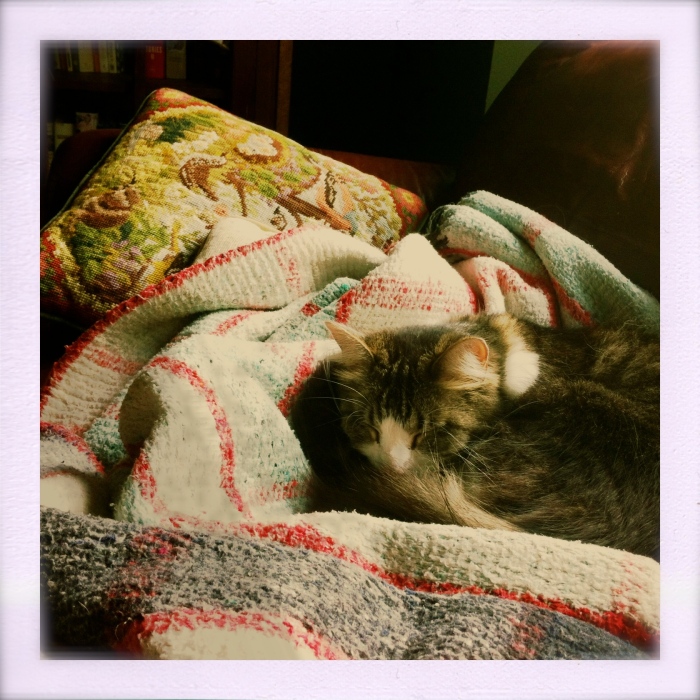