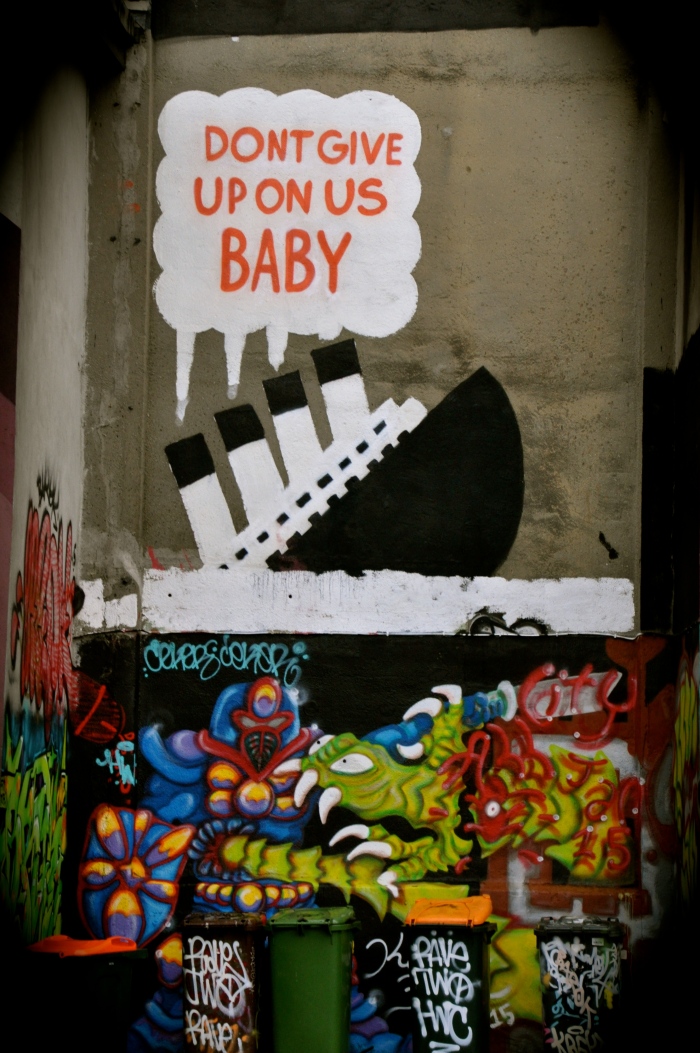 It was in Belfast this time of year we learned Charlotte can sleepwalk. It’s not like a special power sleepwalking, more a defect. The house was really small with steep stairs and I had the coal stove going all night so we were glad she made it down the steps OK and onto the sofa where we found her the next day.

The coal stove made me sad for home, my dad’s family, all southeast Pennsylvania, shit towns like Scranton, Wilkes-Barre, Hazelton.

The Paris attacks had just happened and we went to a Christmas market in the city, and there in a church they had a memorial for it.

It seemed about everything that could go bad in Belfast did. My birthday was on a Monday and we were trying to be good about home schooling the kids, and Lily and I were suffering our way through Brontë and I went out trying to find good coffee we could brew but didn’t turn up anything, just an old guy in a parking lot who tried to talk to me but I couldn’t understand a goddamned word.

I got contacted by some publishing house while we were in Scotland and I couldn’t tell if it was legit. We scheduled a call for when I got to Belfast and I took it from the Titanic museum, in the lobby. They asked for me to tell them about the draft I said I was working on, on my blog. It was the first time I talked to someone like that, in a business sense, someone who seemed interested in selling what I had to write.

Though it sounded fishy I let the fantasy sit with me for a while. I figured the best thing to do was rework what I’d started, to use the opportunity as a way to pretend it could be real. I had another call with them by the time we got to Dublin.

Everything changed in Dublin. It’s like the sun came out as soon as we left Belfast and everyone stopped what they were doing and waved hello.

The old folks who rented the place to us left the fridge full of sweets and treats and milk, and a basket full of fruit. They assumed we were German and stocked up the coffee table with Dublin guides in German we couldn’t read. It smelled bad, the place, but they were so nice and the location was perfect, and they said we could stay an extra night for free: and at the end, they asked, could we write them a nice review?, and of course we did.

By the time we got to England I decided to take a month off from drinking to focus on my manuscript. I got up before dawn every day, which isn’t hard that time of year in the UK, and after I wrote I walked, and for an afternoon treat, I took a hot bath and drank a non-alcoholic beer, then made curries and listened to ambient music and read.

I started trying to control what I dreamed about and then the content of my dreams worked its way into my draft. I hand wrote all the entries to see what would happen. I got a Harry Potter Moleskin at the Harry Potter studios outside of London and believed perhaps it was charmed.

I found out I got recognized by the WordPress editors and I swear, it must have hit 60 degrees that day though I don’t know, it was all in Celsius. We were outside of Bath in a small village, we walked into town for the first time, and the kids tried climbing trees and we stopped for a hot cocoa by some patio lamps as the sun went down.

And a year later it’s funny, I think I can see it all better now.