Home › humor › One hard week in the south of France

One hard week in the south of France 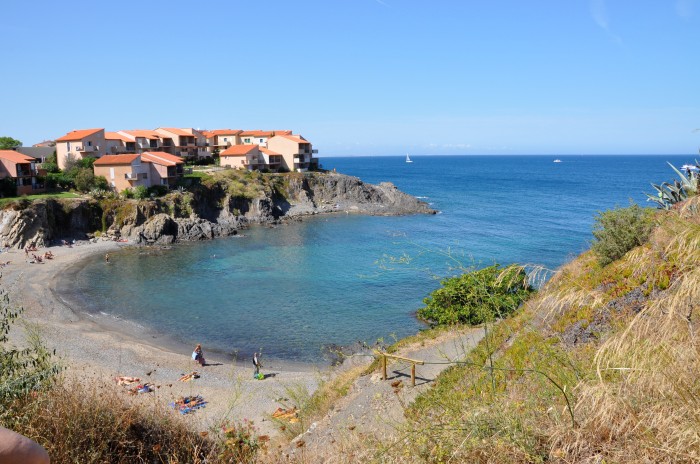 Last year at this time we were ending our stay in the UK, having left Germany for 90 days and now returning: we finished up in Bath and spent a night in Canterbury, then caught the ferry from Dover, drove a couple hours into France: and with it being a dry January for me (no alcohol) but the calendar turning over to February, and it being France, I ordered a bottle of something dry and sparkling with dinner, and Dawn and I took the remains back to our small hotel room and into the smaller elevator, giggling in the hallway playing with the light fixtures, looking out from our room for our car to make sure it was still there: and though I can’t remember the name of the town and couldn’t pronounce it then, it definitely looked French with all the tobacco shops on the corners, the bakeries, the places you could buy fresh flowers, the sense that all the buildings needed pressure-washed and probably never had been.

And I did the same again this year, a dry January: but I shifted my attention to expensive bath salts with exotic scents, one that’s lavender and triggers memories of the south of France, a week I went to help a single, middle-aged American paint the side of her house in exchange for showing me around.

I think overall it was clumsy on both our parts: the fact she couldn’t hold her alcohol (not more than a glass!) and I couldn’t see what was really happening, the subtext for me being there. The one night she managed to get me to recite a poem but it was a very bad period for me, a period that started around then and lasted a good 20 years, and when it was time for me to leave I had to call my parents to pick me up, and we met on a bridge outside of town so as to save me the embarrassment of needing a ride like that, age 27.

MJ was friends with Allanah, of Allanah and Gregory, Canadian entrepreneurs my parents met in their village: MJ had moved there to do research on the history of a priest who’d allegedly been paid off by the Catholic church to cover up something big, something of Davinci Code proportions the church had no interest in anyone knowing anything about—and all this was shrouded in rumors about the Masons, secret societies, Solomon’s mines, the Languedoc Cathars, the English journalists who’d died mysterious deaths (three of them, independent cases!) after publishing a book about it (Claude Debussy was even involved)…it went on and on, perfect for someone like me or MJ, who wanted to believe such unbelievable things.

Allanah practiced fortune telling but was bad at it, dabbled in numerology, made dramatic faces when she held my hand and channeled, had a lazy eye she kind of exploited when she rolled her head back..and it was hard for me to keep a straight face when she did, that much she read just fine: she said once with some spite there was an air of violence about me that worried her, suggesting I could be capable of something really bad, maybe from MJ’s account of me threatening to hit her with a hammer which I wasn’t serious about, even if it was true.

It was early summer but we were high enough in the mountains it was cool and I remember most days needing a jacket.

MJ lived by a river you could see out back from her bathroom, the most beautiful bathroom I’d ever seen. There was a large window right by the toilet she kept open all the time, and it seemed to blow the curtains invitingly to come, relax by the river, a vase of fresh-cut wild lavender on the sill—an old bath tub (no shower)—a deep, porcelain sink with big, knobby handles, miniature hands.

I wasn’t good at painting or interested to learn and I think MJ wound up doing more than she planned to. On the day we drove up to the church where the priest went missing in the 1800s maybe it was my imagination or the altitude, but the fillings in my teeth vibrated and I had a strange sense from the place, like something bad was buried there.

When it was over and I met my mom and John on the bridge outside of town, they would have been in their old, green Mercedes with mom driving and John in the passenger’s seat: his neck was bad, so if he talked to me he couldn’t turn around but his voice resonated, he’d be tapping his right knee and bouncing his foot to a tune, and we’d have driven a couple hours back home stopping to taste some roadside Blanquette, with nowhere better to go, and nothing better to do.