Last year on Valentine’s Day we left Berlin by train in the late morning, and though we had great weather our time there, that Sunday it was gray and wet (like how you’d picture Berlin in mid-February), but it made for good photos with the thin fog and overall feeling of gloom I imagined. It took several hours for the train to make its way back to my mom’s small village where we were staying, having returned from three months in the UK. On the train I would have gone to the bistro car for a beer and a hot sausage; Dawn and I would have read, dozed, looked out the windows and gathered our ticket for the conductor. And when we got into Besigheim it was dark but felt like home, and the kids coordinated a Valentine’s dinner with my mom, but something had gone awry and mom clearly needed time to herself in the kitchen with a glass of wine. And we settled in for multiple courses, starting with Sekt and the Bufala mozzarella from Italy, with tomatoes and fresh basil…and though we had a full nine months in Europe, a real indulgence, we could see its end with just a couple months left and many weekends accounted for with visitors or trips we’d already planned.

I got out in the mornings for walks and started driving every day to a trail head near the Häckselplatz and each time listened to the same CD. I tried different routes but always spent a good couple hours along some ridge lines and farms, in and out of the woods, imagining what I’d do when we got back, but still trying to be present, there.

My grandmother had a massive stroke and it was unclear if or when she’d recover, so I flew into Newark and the first thing I saw in the airport was a flat screen by Customs with Donald Trump on it, in the news. My dad met me and we drove the hour and a half back to my home town; we went to the local diner where he and my step mom go, and I slept on a blowup mattress in the basement where dad practices his putting, and they turned up the heat for me and I lay down there with my laptop, the old familiar patterns of friends and bloggers, in foreign places, and strange the States would feel that way, I’d never been away so long before, I didn’t feel American anymore or European, but somewhere in the middle.

When I flew back, Dawn met me in Frankfurt and in a couple hours we were home again in Besigheim, and I went back to the trails, and the birds and buds were coming out, and soon Eberhard and I would be going to the spring beer festival in Stuttgart, and Dawn and I, celebrating our wedding anniversary in Vienna.

I thought of it all out with Ginger this morning on our walk around our neighborhood, remembering the times I tried to learn German listening to audio tapes on an iPod shuffle, how the light was the same, this time of year: but how gray and dense it was a year ago today, leaving Berlin. 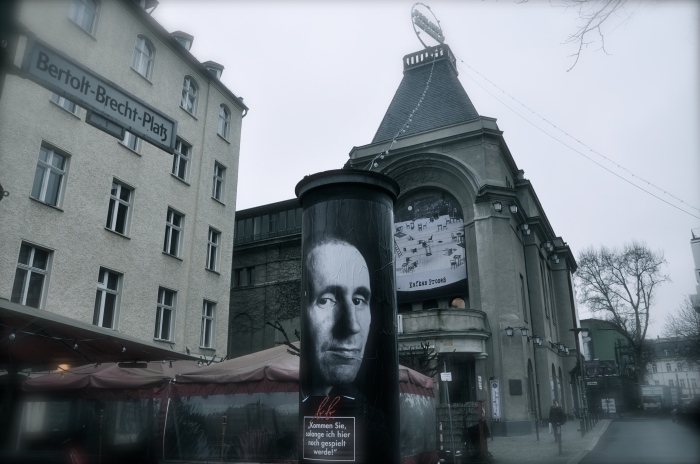