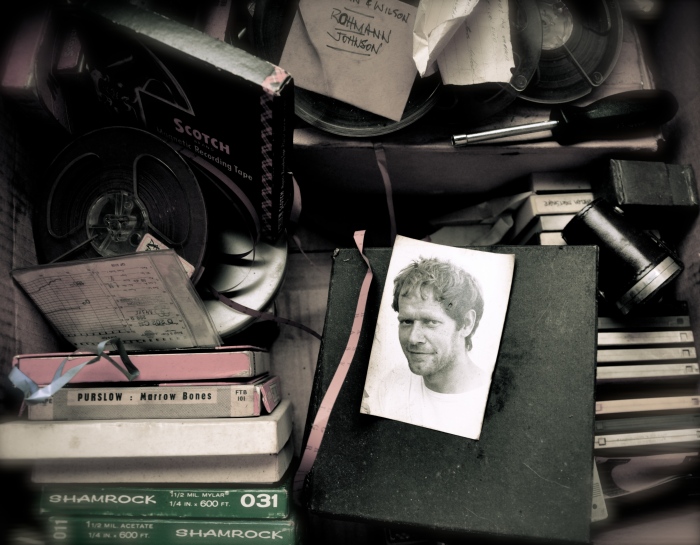 So glad to be featuring a Pacific Northwest writer today, Ilona Elliott, sharing stories about her coming to age with music from the ’60s and ’70s, on my Saturday guest post series Anthony’s Navel. Visit Ilona’s blog Rainy Day Writing to read her poems, essays, fiction: and yes, more stories about Jackson Browne.

“For a Dancer,”
by Ilona Elliott

That’s one of the songs I’ve sung all through the years, and for me, it’s like going to that place, and dealing with the fact that life will end. It’s a sad song, but at the same time, “it feels good to sort through that reality and touch base with it, and then go on.”¹

I started listening to Jackson Browne when I was thirteen years old. My older brother Phil had recently rescued me from the bubble gum music scene, buying me the Volunteers album by Jefferson Airplane for my twelfth birthday. Goodbye Mrs. Partridge. Hello Grace Slick. I started listening to the albums my brothers preferred, lying in their attic bedroom while they were out with friends, the head phones plugged into Hendrix, Richie Havens, Pink Floyd, Yes and ELP. It was a very good time to be growing up and listening to music.

Phil had a friend named Bob, who was an excellent guitarist, but had a voice that made Neil Young sound like Pavarotti. Bob turned me onto The Eagles and Jackson Browne, a sound he aspired to but would never achieve with his thin, rusty voice. He used to talk about the musicians in the California music scene, dropping names—Glen Frey, Rusty Kunkel, Warren Zevon—like they were old friends. Bob openly dreamed of being a part of that, but despite several back and forth trips to L.A. over a couple of decades, in search of his lost chord², he never made it. He would invariably end up back on the east coast, with his twelve-string Ovation, painting houses and selling pot for a living, hanging out in other people’s houses and driving around in other people’s cars, playing an occasional gig in the local bars at the behest of a friend.

Jackson Browne’s music has always been cathartic for me. His first album release, Saturate Before Using, is full of sublime sounds and spiritual themes, with songs like “Doctor My Eyes,” “Rock Me on The Water,” and “Opening Farewell.” His second album and title song, “For Everyman,” is a piece of music that has informed my world view throughout my life—that struggle between autonomy and inclusiveness endemic to the human condition. But Jackson’s third album, Late For The Sky, contains the one song that, for me, distills the meaning of things into one perfect package.

I’ve wondered about the song, “For a Dancer,” for over four decades—who was it written for? I’ve read all kinds of rumors—it was written for his late wife, who committed suicide; it was written for a girlfriend who was a dancer. Then, the last time I saw him live, Jackson shared the inspiration for the song with us:

The story he told was of a friend who lived in his apartment complex. He was known by the occupants as The Mayor. He was a dancer, a tailor, a painter and a sculptor. A social animal. A character. As Jackson described him, a Renaissance man. He died in a fire, and Jackson wrote this song for him, about life and death, with dance being a metaphor for life.

As Jackson talked about his friend, I was reminded of stories my brother Phil and Bob brought back after living together in a Long Beach apartment complex, on one of Bob’s forays to the Coast. I pictured the mid-century So-Cal stucco, with a run-down pool and tiny balconies off the apartments. I thought about how Bob dreamed of being a part of something bigger than himself, of being included in something he loved, and longed for, and how he never got there.

On Bob’s last trip to Southern California, he stopped at a bar in Yuma Arizona on his way back to the east coast. It’s believed he was supposed to meet up with an acquaintance there, who never showed. While sitting at the bar, he reportedly had a verbal altercation with a couple of guys. Bob was old school, he could be obnoxious and outspoken and trade insults with the best of them, and he had been in a bar fight or two in his day. I’m not sure what transpired between Bob and those two patrons, who apparently left the establishment before he did that night. What I do know is that Bob never made it out of Yuma. His body was found in the parking lot of that bar, with a knife in his abdomen. To the best of my knowledge, no one has ever been charged for the murder of Bob Bisson. To the people and authorities of Yuma, he was just another transient, who apparently wasn’t up to speed on how much the world had changed since his dreamer days of being a singer in the peaceful, easy music movement of his youth.

Within the lines of “For a Dancer,” Jackson admonishes us:

‘‘Go out and make a joyful sound.
Into a dancer you have grown,
From a seed somebody else has thrown.
Go on ahead and throw some seeds of your own…”³

So the seeds I’m throwing today are these:

The words and music of this song, in homage to Jackson’s dancer, and to Bob. My life has been a dance, indeed it has, one that has blossomed as a result of the seeds thrown by the likes of Bob, and Phil, of Jackson Browne, and The Mayor.

Words. Music. Art. Dance. A delicious, beautiful cupcake. However you sow your seeds of joy, go ahead and sow them, because they’re all a part of this dance, and we are all, the dancers.

Ilona Elliott is a writer living in the rural Northwest on five acres, where she cultivates many gardens and occasional daydreams, which sometimes turn into blog posts. Visit her blog, Rainy Day Writing.