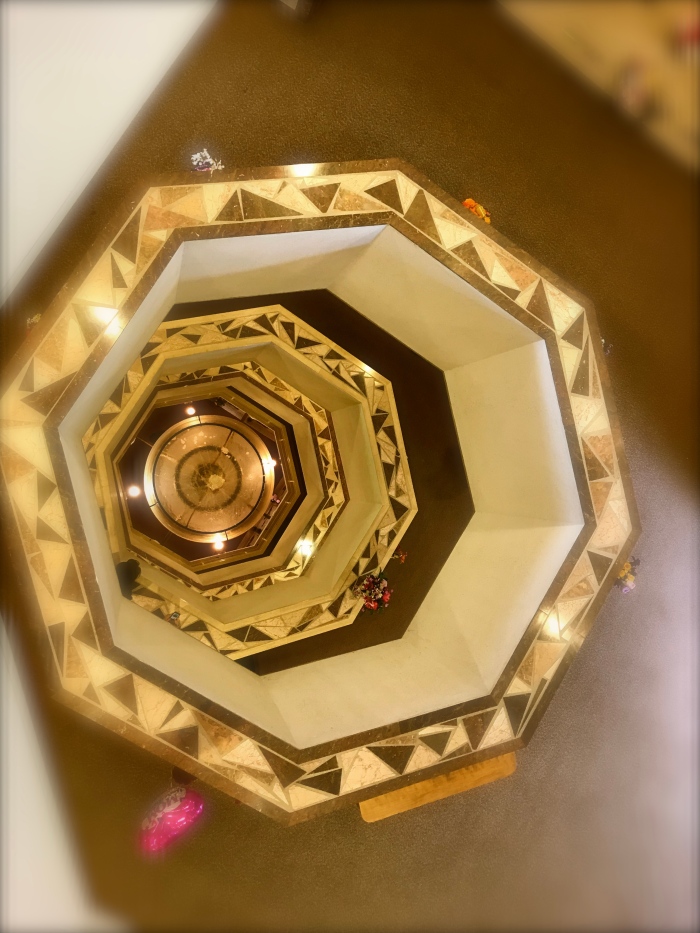 At the end of the summer, on the last days before school started, I’d go into the classroom with my dad at the school where he taught. There was a periodic table of the elements on one wall, chalkboards and formulas, workstations where kids did experiments. Dad’s classroom had an odd smell—not a bad smell, just odd. It wasn’t formaldehyde, but had the same, vinegar quality. The smell of science. In the break room dad let me get the cherry cola I liked from an old, coin-operated soda dispenser. Forty years later, and I can still remember what the bottle felt like in my hand, my thumb running across the grooves. And seeing the film Planet of the Apes for the first time while it was snowing outside, and we had the day off from school. Or the sad-looking grocery store near our apartment, called Lane-co. Or the stained glass candle holder my mom and dad made: a Polaroid of me beside it now peach-colored, from time. Memories turn into clumps and clusters like that, and the memory-bearer is the only one who can find the thread that untangles them.

In the last few visits with my grand-dad, he would tell the story about a Scottish terrier they had, the time that dog (“Scotty”) came running around the lake when he was driving off somewhere in his pickup. I can’t even remember the punchline which is funny, because he told the same story every time I saw him, each time like it was the first. Maybe I wasn’t listening because I was distracted by the fact he was losing his memory, and I was lost in my own grief with the knowledge I’d soon be losing him.

My dad said he found something from my grandfather going through their old house. It was a framed artifact from his time doing nuclear science at the power and light company, “PP&L.” Dad said that as my grandfather got older he would have gotten shoved to the side of projects, at work. It was one of the last studies he did, a degradation chart, though my dad (also a scientist) couldn’t make out what it meant. But he couldn’t part with it either, because it had meant a lot to his dad. And in that way, there was a part of his long-lost father in that frame—and a part of himself, in a sense.

Maybe this is why I write memoir, because I can’t let go of memories, and I want to believe there’s more meaning to them—or if they’re lost, it’s like those times didn’t really exist—and nor did I, as a result.

I started reading The Unbearable Lightness of Being when Dawn and I were traveling to Berlin by train in February two years ago. But I left the book for my mom in Germany, and never finished it. I’m finally toward the end now, and dog-eared this page:

History is as light as individual human life, unbearably light, light as a feather, as dust swirling into the air, as whatever will no longer exist tomorrow.

Einmal ist keinmal. What happens but once might as well not have happened at all.

I guess that’s it, when weighing the value of one’s life, I just want to make mine heavier, somehow.