That last Christmas in Cork 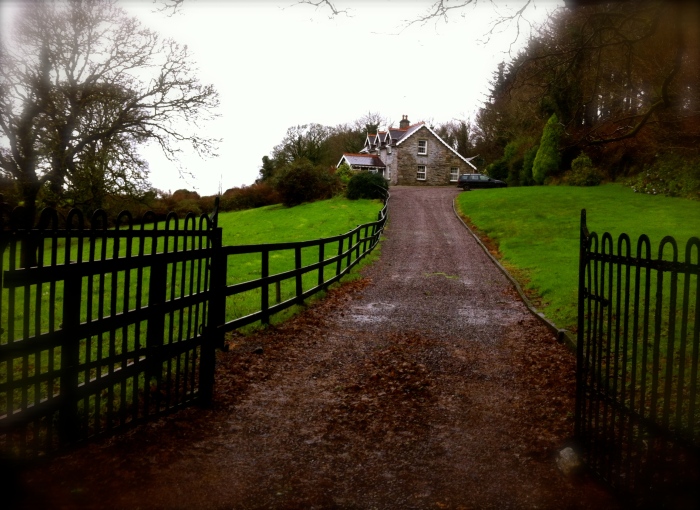 The farmhouse we rented, somewhere between Drinagh and Drimoleague

Reposting the story of the Christmas we spent in West Cork, 2016.

We debated what to do with the uneaten ham. It was impractical to stuff it in the car with all our things, tacky to leave it behind for the owners, wasteful to throw it out, so I climbed the stone wall from our farmhouse through a soggy meadow to a nearby stream, tossed it over a row of bushes for some creature to find, a band of crows, a starving wolf-mother, any benign repurposing of our waste: and then I dried my hands of the grease, climbed the broken asphalt road, and forgot about it.

St. Stephen’s Day in West Cork—Boxing Day in Canada or England—that day after Christmas in the States when life resumes to a normal, retail life. Saint Stephen, a saint I’d only heard about from the Grateful Dead song they stopped playing in the late ’70s for reasons I never knew—and then just started playing again for reasons you’d have to be there to really understand. But in West Cork, in the middle of nowhere, they just have horse races in town and close the road off, you can hear the commentator in broken English echoing off the valley and rocks below.

Funny that we have to leave the States, move to Germany, exit there for 90 days to a 200-year-old stone farmhouse on a tract of land in the West of Cork that doesn’t even have a name so we can get away from the Internet, a place that unapologetically doesn’t have Wi-Fi—and for a few days we pretend to unhinge, to let go, to just be together without our distractions (but stock up on booze because the stores are closed)—and we’re so remote that when mom and I get lost, driving into town and never quite making it, we stop to ask a guy with a rifle and dog for directions but realize we can’t tell him exactly where we’re staying so it’s hard for him to tell us how to get there, and between the two of us we haven’t got half a brain of memory, mom and I: we keep seeing fragments of signs and fences that seem familiar but lead us astray down twisting roads with bad drop-offs and mud and it’s getting dark, and the navigator is no use when you can’t type in a destination, so I resign to navigate by the angle of a windmill and how I think I remembered it, to trust my senses and try to ignore the irony of getting lost chasing windmills.

I walk the road above our house, the part that’s broken off from the rain, so bad the county says that no one’s allowed to drive on it—and it’s not the pure, idyllic scene I’d pictured here in the Irish countryside on a foggy, breezy December afternoon but instead, there’s an element of white trash on the lots outside the farms where they just let everything go, the dog shit in the road, the empty plastic bags of cattle feed clung to a hillside someone logged and left, no amount of love or garden gnomes or gazing globes, just the scent of cow dung and damp peat, even the ponies look forlorn, like they need to be pet—and it’s the same Scotch Broom we have along the highways in Seattle off the 405, the same blackberry vines gone fallow.

On the morning it’s time to go, we need to actually set our alarms and get up while it’s still dark to take mom to the airport, a good hour’s drive or more back along the small roads, and mom and I sit in the low light with our coffees and think we hear something sniffing at the door, a lupine sound, possibly attracted by the ham or just the ardor of our being, and I tell her it’s just the iPod, some ambient, droning piece (it’s not unusual for them to overlay sounds like that), but the truth is I don’t really know.

We decide it’s our favorite Christmas yet, even the kids do, and maybe it’s because we were off the map and didn’t feel like we needed to be anywhere for once—and it will likely never be that way again.