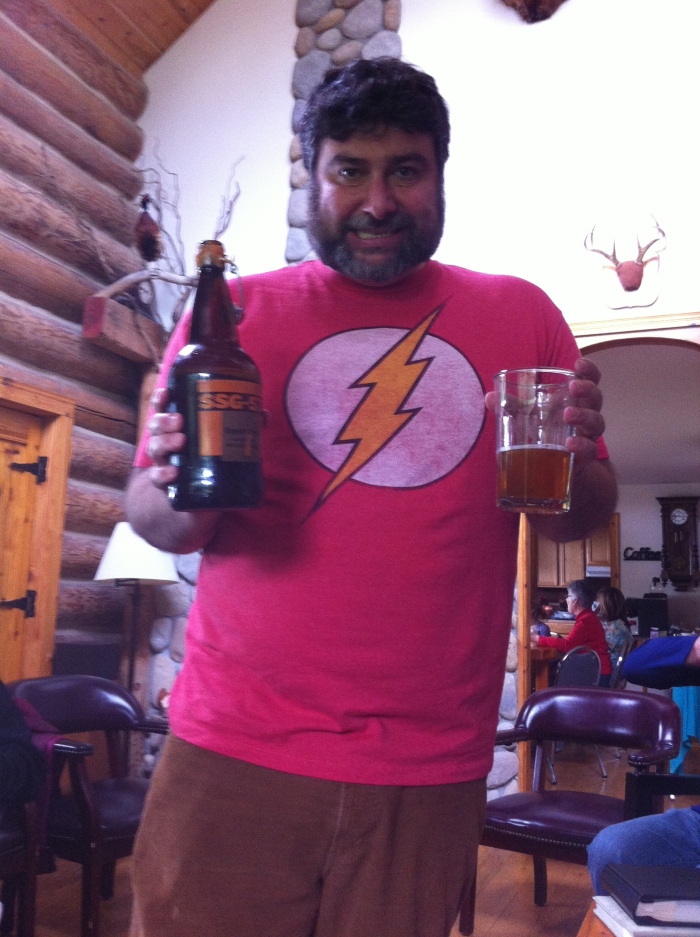 God bless my dad, that summer we drove out west and only had three tapes, two of them mine. We took a train from Chicago to Denver where we rented a car and camped around the Rockies, then drove to Las Vegas in a day. Went to a Tower Record store (where we bought another tape) and learned the Beastie Boys were playing in LA that week, and we were going there next, so my dad bought me a ticket but didn’t go in with me; instead he waited in the rental car in the parking lot at the Greek Theater while I sat inside and watched them drop Run DMC out of a helicopter onto the stage, and the girl sitting behind me I recognized from high school, almost asked her her name, then realized she was in the Nightmare on Elm Street movie I’d just seen.

God bless my dad for the fact I got drunk as a 16-year-old with some guys I met on the beach near Carmel camping, singing the song “Moon Shadow” and playing acoustic guitar, barely able to remember which tent was ours when I came back and staggered in and then puked, and the next day my dad didn’t really say anything.

We had three tapes: The Cure’s Kiss Me, Kiss Me, Kiss Me, The Cult’s Love, John Denver’s Greatest Hits Volume II (my dad’s). I tried reading Zen and the Art of Motorcycle Maintenance but didn’t get it. The same with On The Road—but maybe I was too young (and now, probably too old.) Like the Bukowski anthology I’m finishing, I’d likely stick my nose up at it. Like I said to Dawn about Bukowski, maybe it was the freshness of his voice, his brashness that got him the attention. He never comes across as literary, wasn’t trying to, seems more ‘anti-literary,’ but there’s nothing wrong with that. It’s still real, and at times deep. Like Kerouac or other artists, it makes me wonder if they just take on the voice of their time somehow, they come to represent something more than themselves, and that’s part of their appeal. And if really, that’s what we’re all supposed to do when we write, to record the time.

God bless my dad for sitting through that tape by The Cure and Robert Smith’s voice and the squealing guitars and droll lyrics, dad’s back angled forward driving all those miles squinting, sometimes wincing, at the wheel.

Tomorrow’s Saturday and Anthony’s Navel…tune in for more stories about books and tapes, what makes us.

Like Loading...
‹ Why Led Zeppelin called that one ‘Presence’
Anthony’s Navel: Mark Paxson on growing up with books ›