I sat with the same sadness I fell in love with 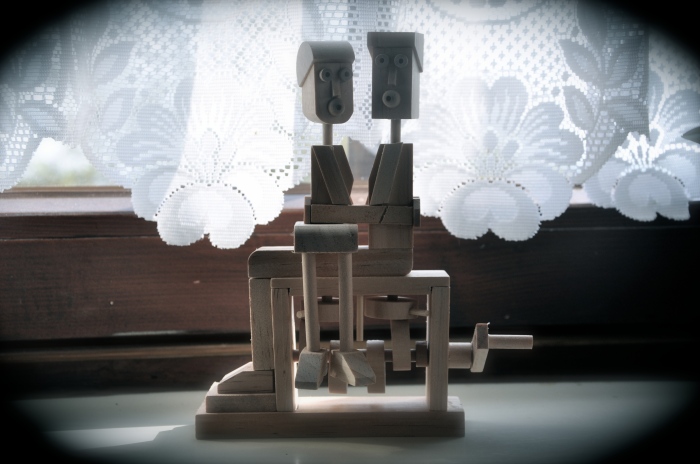 The buzz of some lawn equipment and jets overhead, when it stops the birds fill in. The hammock between two ponderosa pines on the outskirts of our property, a two-person version that kind of swallows you, I hold my book up in the air and doze. The kids have outgrown their sleeping bags and I can’t resist the comparison to a chrysalis, the same shape. It seems like they didn’t even have them that long, and one day it was too small. Lily got the hand-me-down of my first bag from the 90s, the one Pokey peed on and I thought the smell would never come out, but one day it just did. The summer we drove here from Philadelphia in my girlfriend’s Toyota with the cats in the back, the jade plants and mix tapes in their shoe boxes jiggling: camping with the cats in the Badlands of South Dakota, both of them on valium and mystified by the tent fabric pawing it, probably the night Pokey peed.

My sudden and constant awe of summers in the Pacific Northwest that started 20 years ago that June we moved here, the fact it never gets above the 70s and at night, it actually gets cold if you leave the windows open, bizarre. People selling espresso out of carts on the street and what was stranger, all the people in line waiting. Renting time on a computer in half hour increments at an internet café unsure what to do, just thinking I should be there because everyone else was: finding a pen pal in a primitive chat room where people talked about the band The Fall, listening to one of the tapes he mailed me from Liverpool in my garage and thinking it sounds boozy and raw but good, out of focus, that sense anything could happen and most times it did, when they played — and the reason I can’t part with my tapes or my discs is I remember when I got each one, and want to think there’s a part of me there still.

Taking the kids to their last swim class at the Y, I realize I haven’t watched them swim once these past two weeks and it’s my last chance to do so — and it’s like a film of their childhood but with no sound, watching them talk to each other through the glass with their teacher: I wave and give a thumbs up, but can’t tell if they see me with their goggles on, and wonder if the window’s frosted or one-way, because they don’t wave back.

We drive to SeaTac to get Dawn, home from a business trip and finally able to settle in to summer with her workload reduced, and the kids are on her like burrs talking over each other vying for her attention which is never enough, they don’t realize you can’t get it back.

We listen to the last rockabilly, boogie, rhythm and blues show the DJ’s hosting after 30 years, and he’s non-sentimental even when he’s prodded by others in the booth, and the show goes by faster than you would think it would and at the end, there’s a moment when they all sign off, they go around in a circle, Leon and the others he does the show with, but the radio goes silent and you can tell they’re all choked up, the radio silence is longer and deeper, it has a weight only silence can.

From the underside of the pines the sun gets through and it makes everything go gold at the end of the day — and on the other side it lights up the moon, a reversal of fortune as one goes down the other comes up — and we suck down the dusk like it’s just some fruit so we don’t have to look at it again in the morning.