“In the midst of life we are in debt, et cetera” 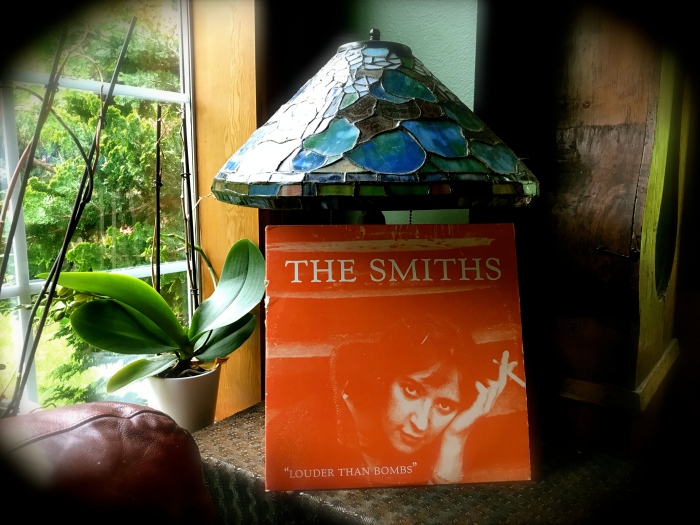 Wednesday, that day time slows every week, with Lily on a late-start for school, the possibility we could all sleep in until 7:30 but never do, a day I work from home with Charlotte on early release, meaning she gets off the bus about 1:45 and Lily doesn’t leave until 9—so the work day gets compressed to about three hours, but I’ve learned to get a lot done in small slices, the same with my writing, I shoe-horn it in whenever I can. Charlotte at the bus stop picking at the holes in my shirt, “Modest Mouse,” and again her face goes by in the window pulling away, I turn and head back to my computer. And the dog follows, circles and collapses in her cushion bed, and I screw around with PowerPoint and can’t stop wondering how good things are now, which won’t last forever, and I tell myself not to get too attached.

Eight months of rain: the driest stretch expected starting tomorrow since last September. The bistro lights come on in the morning again, confused by the light, assuming it’s dusk, though just past 6 AM…and winding the road down to work with the windshield wipers on high setting, on the freeway at the highest…and surely by now, May 16, it shouldn’t look so much like winter still: with all the leaves and birds out it has the trappings of spring, though the sky can get such an unsettling dark, it hardly matters. Dawn quips “I think I’m depressed,” and I relate, driving in—an undercurrent of unease with the world, like everything is laced…”a low-flying panic attack.”

But then it opens up in the afternoon, a sun break they call it, and on our driveway it’s warm from the sun, a few degrees more, and dragging the lawn chair with a beer, settling in…perhaps this is middle-age: the dog and cat curling in by my side…everyone else on our street is off to work or retired, or stay-at-home, driving back and forth to the store…though it’s close enough you could walk.

When we left our first house I gave all my albums to our neighbor Curry, nicknamed after the MTV VJ Adam Curry because he looks like him, the one with the puffy hair who sat slouched on a stool talking about bands, about videos…Curry got my PIL and De La Soul LPs, all my Smiths records except one I set aside, the double LP “Louder Than Bombs,” a collection of singles I got around ’86 or ’87, the only way to hear it was to put it on the turntable…and the record never skips or gives me trouble because the vinyl’s worn down from so many plays…and could I have imagined myself 30+ years ago, that one day I’d be here in the den of some house in the suburbs of Sammamish with the same music playing…a beard and a dog, a cat, two girls, a wife…a gig with Microsoft, a company I didn’t even know…my friend from 5th grade Loren a few hours away, in Portland—and me with love handles from Northwest IPA’s, a sweater I bought in Germany, graying…and the bees outside on the spring blooms look like they’re testing for ripeness how they touch down and skitter across the surface, and then move on.

“The passing of time leads empty lives, waiting to be filled.”

And in the book I’m reading, the author (who’s in the Himalayas, high country) describes something called an “air burial” where they leave the corpse out on a rocky crag to be consumed by wild beasts. And when it’s just the bones, they grind it down to a powder and mix it in with the dough, and put it out for the birds so there are no remains, not a speck left.

And I think about the baby rabbit our cat killed I put in the trash but took out so the crows could get it, and was glad when I returned I only saw a few flecks.

What of these things we’ll leave behind? For whom, and why?
For pretend?

Better to be consumed wholly, for me.