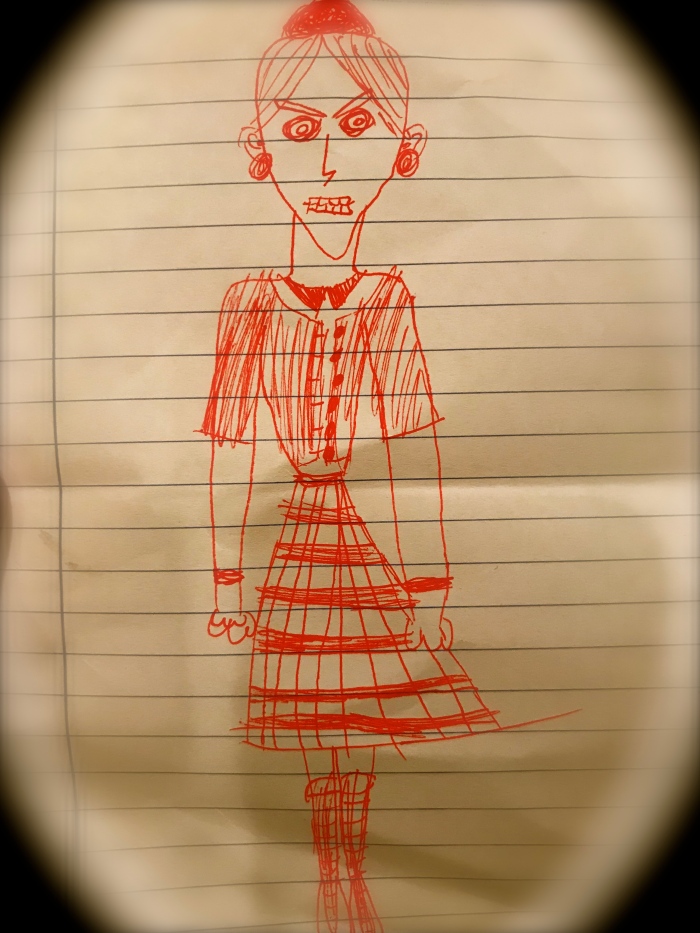 I’ve lived out here since ’96 and always had a good attitude about the rain, that it’s just November and December which are hard, that by the time you get to January you’re over the hump. Not true! It doesn’t have to be true to get you through, but it’s not true (and it’s not getting me through). The rain came down our gravel road in rivulets like blood from a crime scene thick and grotesque, and when I drove out in the dark it looked like rice thrown from a wedding scene, how it hit my headlamps. And there were Dementors over our house Dawn said, by the mood our family was in and all the yelling and crying, the hitting and malaise…and Dawn said Mark Smith had died, my favorite singer, and the clock in our den stopped working, the one my step-dad got us for our first house—it was dead too.

We had the Drug Talk with Lily. I confessed I’d done drugs so I knew, that she should listen, they’re a lot stronger now, I KNOW.

I fixed dinner with the soy sauce that wasn’t soy sauce so Dawn could eat it, and baked two sweet potatoes the way Cooks Illustrated suggested, using kitchen towels to pinch the flesh out of the middle.

I drove Charlotte to her dance lesson but she was mad at me and wouldn’t talk: I’d told her I didn’t want to talk about it anymore (whatever the subject was), so she clammed up and didn’t say anything the whole ride over, and when we got there and I walked her up to the studio she seemed embarrassed by me, didn’t want me to wait with her so I said fine, I’ll be back in an hour—and I drove to the Whole Foods looking for supplements and got into a vague argument with the girl in the supplements section about Lifoic vs. Lipoic acid (I was wrong), and when I checked out it was $50 for two small jars—and on the drive home I wanted both gin and whiskey and realized I could split the difference, I had a bottle of gin that’s rested in Bourbon barrels but it’s generally gross, the thought of gin the color of whiskey: but I mixed it with Pomegranate martini mix and added an orange rind, and sat there blank in the living room while things happened around me, and when I went to bed I got up the next morning and did it all over again.

I drove out to the store because I had to get out of the house, and when I got back Dawn looked grave, said did you hear the headlines…Mark E. Smith had died…and I didn’t care or feel anything: I told her about John Peel, the DJ/producer who was such a fan of The Fall (Mark’s band), and seemed like the nicest, humblest guy you could know…and when he died, how Mark disparaged him, and if there’s 15 people in the world who are sad Mark Smith’s dead now, I’m not one of them.

We have to maintain our gravel road and the potholes keep reopening. We’ve put gravel in them but the rain keeps coming and the holes open up again, and the gravel just gets sucked back into the ground and goes who knows where. Rolling the empty recycling can up the road I thought this must be a metaphor for something, all this rain and these holes, putting the gravel back in, where does it all go.