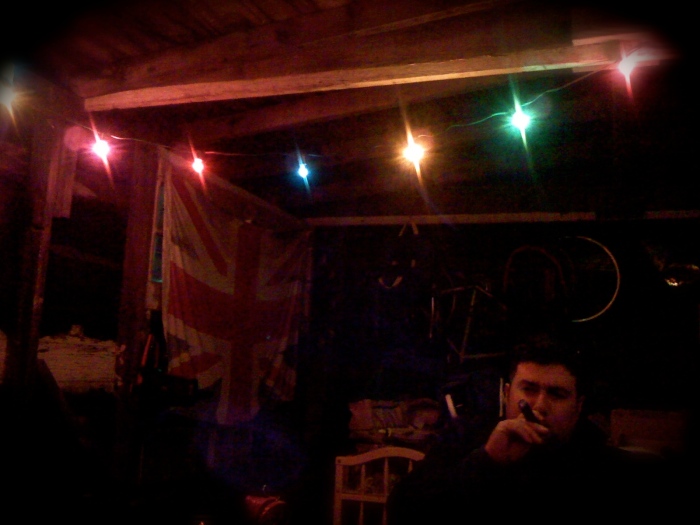 Happy Saturday and thanks to Mark Paxson, or King Midget, for this week’s guest post series where we’re featuring favorite songs, films and books from our past. Enjoy Mark’s piece below and follow his blog to hear more of his stories.

When I was Crockett Cool
by Mark Paxson

When I was 20, I bought my first car. A Toyota Corolla SR5 Hatchback. $10,000. It was a sporty little two-door thing. Or so I thought. I owned the car for ten years. Since then I have rarely owned cars for more than three years as we’ve mostly leased cars to cut down on the monthly payment. Plus, getting a new car every three years is kind of neat.

Back then, when I was 20 and thought I was young and hip, there was a TV show Miami Vice. Crockett and Tubbs personified cool in their white cotton slacks and colorful shirts. And just the way they were. You know…cool without even trying. During one of the episodes, as one or both of them cruised a Miami street in the dark of the night, looking for bad guys, the music in the background was this song. So, imagine this, Crockett in his…get this, black Ferrari, cruising the streets, the street lights reflecting off the shine of the car. It personified cool.

“In the Air Tonight,” which was apparently Phil Collins’ debut single for his solo career, apart from Genesis, was that song.

I have absolutely vivid memories of driving late at night through the streets of Sacramento – a town back in the 80s that was pretty much the opposite of the cool of Miami – when this song would come on the radio. I’d turn it up, hang my arm out the window, convinced that the street lights were reflecting off my car and I was rolling along. As cool as Crockett…in my 1984 Toyota Corolla SR5. Yes. I was.

I heard the song again a few days ago. It still has a power over me. There is a moment about 3 ½ minutes in where the drums kick in that has always seemed to me one of the classic few seconds of any song I’ve ever heard. The song has a mood and then the drums kick in and the mood changes ever so slightly. There is something new.

When I was a teenager and starting to get into rock music, my mom went shopping and I asked her to get an album for me while she was out. She did. When she returned and handed me Queen’s Sheer Heart Attack, she pursed her lips. “You know I don’t approve of this music. Some day you’ll look back and regret this. Years from now you won’t care about this music.”

Well, if only she had been right. I still listen to so much of the music I listened to back then and when I hear those songs they bring me back to places.

“Spirit of the Radio” by Rush…high school and the beginning of my years long love of the band and Eddie Lee, who was on the high school newspaper staff with me and wanted to write a review of a Rush album or concert for every issue.

“Suite Judy Blue Eyes” by Crosby, Stills, Nash and Young…my best friend Jon who I lived with for a couple of years in my mid-20s and who loved music of that era while I didn’t. But a few of the songs were high on my list. This was one. Every time I hear about it, I think about Jon and our time in his house and that he died when he was 30 from a heart attack.

“Adagio for Strings”…which I first heard when I went to see the movie Platoon. During the movie, the song is played as Willem Dafoe tries to escape the Viet Cong. He is shot down and dies as his fellow soldiers fly away in helicopters. It is such an odd moment because as he dies, the sense is that he has achieved a victory of sorts. At least that’s how I felt anyway. The song itself is a classical piece that is filled with such force and emotion, I can’t imagine there being anything else like it.

And plenty of other songs. Songs, I connect to past girlfriends. Jackson Browne’s political music of the mid-80’s and a particular girlfriend from that period. “More than This” by Roxy Music and a woman from law school.

Marc Cohn’s “True Companion”…released the year I met my wife and the song I wished I could have sung at our wedding. And then Marc Cohn’s “The Things We’ve Handed Down”…released prior to the birth of my first child.

The list could go on and on and on. It’s impossible to say there was one song that shaped my view of music or the world. Music has been a part of the background for me ever since I was a little kid. Listening to Doctor Don Rose on KFRC out of San Francisco on my AM/FM radio as I went to sleep. Seasons in the Sun and Spiders and Snakes and all of the other top 40 hits from the…Three Dog Night, my god, how could I forget…70s. And now more than 40 years later…

As I wrote this I put Sheer Heart Attack on Spotify and listened. Sorry, Mom, but you were wrong. I don’t regret it for one second.