Home › travel › They packed the gaps with sand and mud

They packed the gaps with sand and mud 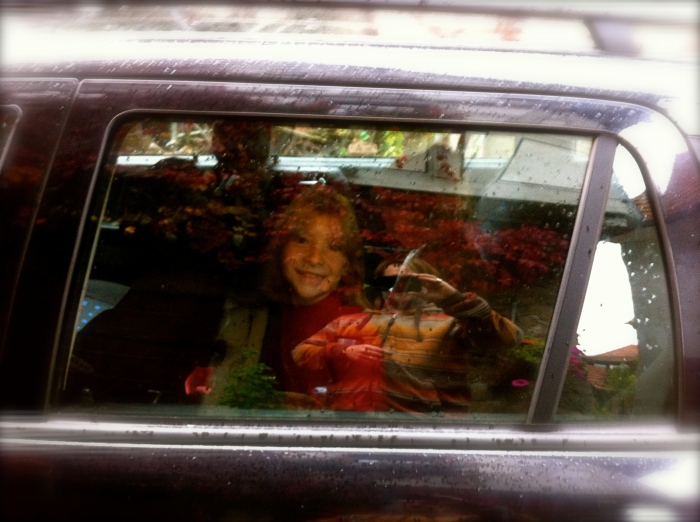 Leaving Germany late October for 90 days in the UK

Old, half-timbered houses with uneven beams buckling and bent into one another like two drunks steadying themselves. Everything on its side, lead pipe handrails caught in their footings, ivy-choked trees. Pale morning birdsong, footpaths leading down the valley ending in mud. Mom fiddling in her purse in the passenger’s seat trying to conceal what she’s doing with a piece of cardboard, cleaning her teeth, a trick she learned from Eberhard.

Our next and last extended stop in the UK in Bath, but not really Bath, a village outside of Bath, a place called Combe Down, good advice after a week in London. Allowing myself to get rankled by someone blowing a horn at an intersection as I let a pedestrian by and then feeling sorry for myself I can’t find parking in the pedestrian zone and then wanting to kill all the pedestrians, they think they can just walk out in front of you, and when we finally get there they don’t carry non-alcoholic beer and there really is no end to all the reasons you can feel sorry for yourself once you decide to.

The kids watch five hours of Pride and Prejudice, the BBC adaptation, then ask in the morning if they can watch it again.

The ghost of spring blooms on the bushes in the valley the color of moths still holding on makes everything look ashen.

The landlord says the other tenants are permanent unlike us and they have jobs, we won’t even see them. Their footsteps across the gravel every morning around 6 go crunch crunch crunch, the same time the radiators come on. Experimenting with lucid dreaming, blowing stuff out of my pipes, faces falling in the random pattern of leaves.

Lily makes fun of my hat which is made out of fur and possibly real with flappy ears, says I’m embarrassing her, to which I remind her of all the years I had to watch her play soccer or do ballet recitals, and how that must have felt.

Outside the museum is littered with tourists moving in and out of each other posing with extendable sticks and phones and we read about Detachment in the Indian, east-Asian wing, their gods and deities, the idea of nirvana and extinguishing oneself, having permission to die at last and just leave, banking enough good deeds through karma, which they put in italics, and outside our flat in the morning it’s the sound of the same footsteps hurrying across the gravel on their way to the train station, the tenants upstairs we never see, and onstage the actor who plays the crocodile in Peter Pan lopes across the stage with a pocket watch representing something more ominous than a crocodile, time, swallowing us all in uneven pieces, in lengths — and at last I’m alone in the Egyptian wing in a knot of tourists and different languages while Dawn and the kids see all they can see in our remaining 15 minutes, surrounded by mummies in glass cases with captions and some of them names, descriptions of the process and how they preserved the organs, they packed the gaps with sand and mud to keep the air out and so do we with our compression sacks and Ziploc bags, folding down sweaters and tightening the cinches, fitting it all in the back of the car with some space to still see out the mirrors in the rear.

The four of us in an old cottage with stone and exposed beams passing between pages in books, cups of tea, playlists and plastic cities with made up voices and names.

And I play with time too, pretending I can, how important it is to pretend, and how time is all we have until we don’t, and how much of it is really ours to keep.